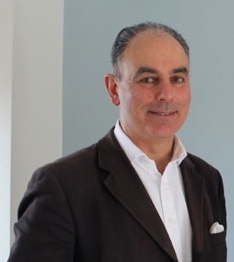 Andrew is a lawyer with nearly 30 years’ advocacy experience in tribunals and criminal courts — added to ten years’ prior work in the Criminal Justice system. He knows the system from every angle, and knows it well.

Andrew believes that ultimately the best advocates are the best communicators. His job is to listen to you, prepare your case properly, and then convey its best aspects in a way that persuades the Court.

A down-to-earth, ‘people person’, Andrew will speak openly and plainly with you about your case, and make sure you understand every step in the court procedure. He combines professionalism with accessibility, and his record of excellent results speaks for itself.

Andrew cannot guarantee the outcome of your case, but he can assure you of highest quality preparation and advocacy, to ensure the best outcome possible.

R v A (2005)
Leading Counsel in an allegation of conspiracy to kidnap, imprison and rape.

Widely reported case involving the quashing of a conviction due to the conduct of the trial judge at Snaresbrook Crown Court.

R v B (1999)
Importation of cocaine. This was one of the largest seizures of drugs and money at the time. Heard at the Central Criminal Court and Woolwich Crown Court.

Andrew has been admitted to the list of Defence Counsel for the Special Tribunal for Lebanon at The Hague, Netherlands. The Tribunal was established pursuant to a Security Council Resolution to try terrorist crimes committed in the Lebanon.

Andrew has represented many members of the Armed Forces in Courts Martial in this country and abroad. His practical knowledge of the military derive from his own military service.

2005. Instructed to represent a British soldier in alleged war crimes in Iraq.

February 2021. Trained in the law and procedure relating to the Nursing and Midwifery Council representations.

NCC
Challenging a seizure of goods by Revenue and Customs.

Office of Fair Trading v J
February 2013: represented the client during an investigation under the Enterprise Act 2002.

Murder
R v P (1997)
Andrew was sole counsel in this case of attempted murder heard at the Central Criminal Court.

Serious Sexual Offences
The number of rapes and serious sexual assaults cases he has appeared in are too numerous to mention.

R v B (1994) when he was successful as the sole counsel at the Central Criminal Court. More recently he appeared in R v I (2010), in breaking new law by harnessing expert evidence, he was successfully in this post R v B child sex case.

Criminal/Civil Fraud
Andrew has long and extensive experience in all forms of fraud. He has collaborated with Mishcon de Reya on two major civil frauds in development of his unique casechart system of presentation. He has also assisted Dass & Co. Solicitors on two large MTIC frauds.

R v M (2010-2011)
Instructed to represent the main defendant in a joint Organised Crime Division of the CPS and the Serious Organised Crime Agency prosecution of conspiracy to launder the proceeds of 50 million Euros.

October 2018. Bexley Magistrates’ Court for an offence of driving without due care and attention.

May 2018. Guildford Crown Court, Application to discharge an order under the Child and Young Persons Act.

October 2017. Guildford Magistrates’ Court. Common Assault charge, which was resolved one the same day with a fine.

August 2017. Worthing Magistrates’ Court. Stalking and failing to comply with conditions of a shotgun certificate.

October 2016. Guildford Magistrates’ Court. Reopen a case and set aside the conviction.

September 2014. Bromley Magistrates’ Court. Due care and attention and no insurance.

May 2013. Redhill Magistrates’ Court. Trial of driving without due care and attention and failing to stop after an accident.

April 2013. Redhill Magistrates’ Court. Represented a probationer driver for offences of failing to stop and failing to report an accident.

November 2012. Aldershot Magistrates’ Court. Representation of a probationer driver charged with failing to stop and failing to report an accident.

November 2012. Maidenhead Magistrates’ Court. For an offence of failing to provide a specimen of breath.

September 2012. Maidstone Magistrates’ Court; for an offence of speeding (65 in a 50), my client, a local businessman, avoided disqualification as a ‘totter’ after I advanced an argument that he would suffer ‘exceptional hardship’.

July 2012. Chelmsford Magistrates’ Court. For an offence of speeding for a Premier League footballer.

June 2012. Telford Magistrates’ Court. For an offence of speeding (96 in a 70). Despite my client, a Premier League footballer, having 15 penalty points, he avoided disqualification after I advanced an argument that he would suffer ‘exceptional hardship’.

June 2012. Stafford Magistrates’ Court. For an offence of speeding (120 in the 70). Represented a Championship League footballer.

April 2012; Plymouth Magistrates’ Court. Drafted plea in mitigation for an offence of speeding (97 in a 70).

March 2012. Staines Magistrates’ Court; CPS v T; at trial, successfully defended my client who was charged with being 4 times over the drink/driving limit.

March 2012. Liverpool Magistrates’ Court. For an offence of passing a red light and speeding (52 in a 30); my client, a premier league footballer, received three penalty points and a fine.

January 2012. Guildford police area. Advised a client charged with drink driving and successfully persuaded the police not to pursue the allegation.

November 2011. Chelmsford Crown Court. Successfully overturned a driving disqualification and obtained an order to pay the costs of my client.

June 2011. Birmingham police area. Advised a Premier League footballer regarding an offence of using a motor vehicle with windows tinted above the prescribed level.

Chambers adheres to the Equality & Diversity Code published by the General Council of the Bar.

Chambers is committed to ensuring that no form of discrimination is practised.

Chambers will not tolerate any form of harassment.

No diversity data is available for Chambers due to its structure and membership.