When is a mobile phone not a phone?

When is a mobile phone not a phone? 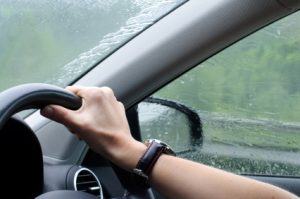 There have been two relatively recent authorities on the use of mobile phones when driving where the Courts have grappled with the complex nature of smart phones.

In the Crown Court at Harrow the case of Eldarf, the issue was considered. The question was whether the defendant offended against the legislation that prohibits the use of hand held devices while driving. In that case, the device had no external interactive capacity. The driver was holding the device and using his thumb to swipe through the music menu.

After careful consideration, the Judge decided that the use of the device did not contravene the legislation. The legislation was enacted to stop people using handheld devices for communication purposes. The wording of the Act was not wide enough or directed toward the use of a device in that situation.

The Judge did however observe that such use might amount to careless driving.

A more recent case In the High Court called Barreto, was an appeal from the Crown Court. The driver was observed to film the scene of an accident as he passed in his car. The previous case of Eldarf was considered.

The High Court decided that to offend the regulations, use of a handheld mobile telephone was limited to use of the .

The High Court echoed but went further then the Crown Court in Eldarf by observing that use of a mobile phone as a camera maybe cogent evidence of careless driving and possibly a dangerous driving.

What is the practical effect of these two cases?

The legislation directed toward prohibiting the use of a mobile telephone while driving is confined to a driver holding a device and making a telephone call or involve them in some form of communication. The High Court intimated that this may also involve drafting such communications. [Paragraph 46]

But such use, other than as a communication device, may amount to offences under the Road Traffic Act that have potentially greater penalties. If you received a summons from Lavender Hill Magistrates’ Court or Wimbledon Magistrates’ Court, call a direct access barrister, Andrew Henley.